Home About Us OUR TEAM 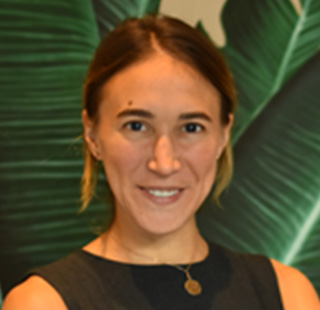 After graduating from German High School, Melis completed Mathematics and Art History degrees at Columbia University. After a frenetic personal development journey, she realised her most inspiring pursuit was to mobilize people with sports. She started the “Hareket Candır!” movement, which has thousands of members and branches in six cities and which has collected donations worth about 600,000 Turkish liras. In 2012, Melis founded her own company, Actifit, and with her team she motivated over 30,000 employees and more than 70 corporate organisations to step into a healthier life. Melis is also the founder of Kızlar Sahada, where girls and women break the societal gender norms that tell people what they “can’t do.” Since 2013, over 6,000 women of all ages have played football, and donations worth more than 80,000 TL have been transferred to foundations and non-governmental organisations. Melis is also one of the creators of the SWEATers App, which promotes socializing with sport, and its ecosystem, including apps such as SWEAT FEST and SWEAT KIDS. She is the loving mother of Mila. 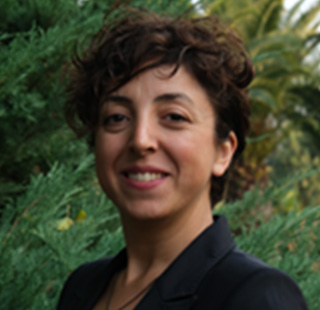 Kiraz’s first active meeting with nongovernmental organisations happened while she was studying psychology at Uludağ University, as she decided to join AIESEC.* Meanwhile, she decided what she “wouldn’t do” and moved to England as soon as she graduated to realise her plans. The social structure and NGOs in England drew her attention. While volunteering with Oxfam, Kiraz attended an NGO administration program at Birkbeck, University of London. She completed her master’s degree in Middlesex University’s International Human Resources department and wrote her thesis on “International Companies’ Corporate Social Responsibility and Diversity Management.” She published the results of her research at both domestic and international conferences and congresses, and as a post-graduate, Kiraz worked at Comic Relief’s Headquarters. In order to bring the innovative approaches and experience she gained to her homeland, she returned to Turkey in 2011 and worked for leading companies in various sectors until 2018. In her work life, she excelled in corporate sustainability, diversity management, gender, women’s empowerment, human resources management, communication, coaching and psychological performance counselling in football. Kiraz, who has been a volunteer for Kızlar Sahada since 2014, played a major role in Kızlar Sahada’s advancement with the imece social innovation platform. After the Kızlar Sahada Academy project was awarded by imece and became eligible to participate in the incubation program, Kiraz left her job and joined Kızlar Sahada as a founding member.

*AIESEC: A platform that empowers youth to leave a positive impact on society; the world’s largest NGO that is led by youth. 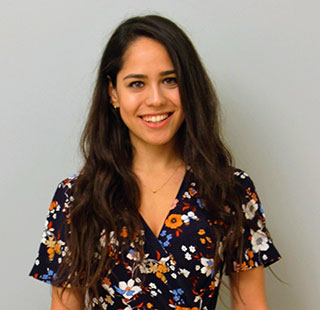 Upon graduating from Yeditepe University’s International Logistics and Transportation department in 2012, Öykü gained experience with international companies in the field of logistics, supply chain management and transportation. As a result of her interest and curiosity in performing arts, she received education at the Studio Artists and Craft Acting Studio from 2011-2015, and played roles in various TV shows and movies. During this period, she also gained experience in director assistance, demo-reel preparation and script writing. Simultaneously, Öykü, whose path crossed with the strategic design studio ATÖLYE, supported the team in different tasks such as conducting operational processes, community communication and training facilitation. In 2017, when she joined the imece platform, she was introduced to social entrepreneurship and social innovation. She worked for 2 years as an event and operations manager, and coordinator of the Crowdfunding Program for Social Enterprises prepared in cooperation with UNDP Alt-Fin Lab. Her acquaintance with Kızlar Sahada, which was a part of imece’s Gender Equality-themed Support Program, began in 2017, and she became a full-time staff member of the organisation in August 2019. 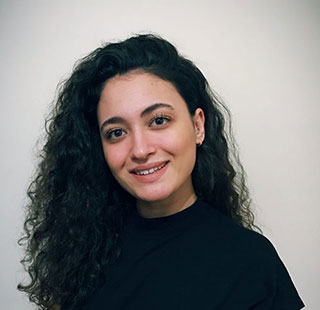 Seren obtained her bachelor’s degree in Economics at Osmaniye Korkut Ata University in 2019. During her undergraduate years, she gained experience in sales. She received training in accounting and finance on her professional development journey. Shortly after graduating from university, Seren, whose path crossed with Kızlar Sahada, moved from Adana to Istanbul to join the Kızlar Sahada team. With her social sensitivity and her motivation to work toward women's empowerment, Seren takes an active part in efforts such as volunteer coordination, project assistantship, execution of operations and communication processes, and supplier relations.